Based on an article by ROBIN FREDERICKS for Bizcommunity

As part of our #LockdownLessons series, Bizcommunity is reaching out to South Africa’s top industry players to share their experience of the current Covid-19 crisis, how their organisations are navigating these unusual times, where the challenges and opportunities lie, and their industry outlook for the near future. 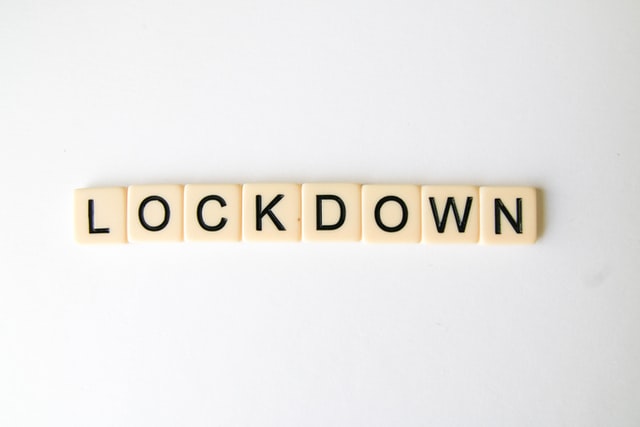 Covid-19 has disrupted world economies and the trade industry is no exception. With the President opening the economy gradually, many industries must figure out how to operate successfully adapt to the “new normal”. With South Africa’s trade sector contributing 60% to the country’s GDP per quarter, it becomes critical to navigate these business waters with a risk-adjusted strategy.

Here, we chat to Dr Greg Cline, head of corporate accounts at Investec for your Business to get his take on how the crisis has impacted the trade industry:

How has the trade industry been affected by Covid-19? Was trade halted during this time and what delays were experienced?

Humanitarian crises have significant implications for businesses. Covid-19 has caused a slowdown in world trade, disruption in global supply chains and put pressure on economic growth. China is South Africa’s largest supplier of imports so naturally there has been a big impact and trade severely dampened.

What’s more, at the start of this pandemic there was also some confusion. Preference to essential goods needed to be given at the ports and there was a matter of the Road Freight Association understanding what was permitted in terms of the transporting of these goods from the ports through to the warehouse.

As such, we saw many businesses in this space applying for permits to be able to operate while under Level 5 of the lockdown, however clarification and changes were needed here for there was a segment of the economy that was classified as essential goods but was not significant enough to affect or reduce the impending unemployment figures which we are now starting to see.

Humanitarian crises have significant implications for businesses. Covid-19 has caused a slowdown in world trade, disruption in global supply chains and put pressure on economic growth.

As lockdown eases, most businesses have stock, but have either slowed down or paused their orders to ensure they don’t have goods coming through that will just be sitting in a warehouse. There hasn’t been an issue from the east with goods ready to ship, but because of the restrictions that have been sitting from port side in South Africa, there is anticipated backlogs and congestion.

Additionally, the rand is also a big factor as it has devalued substantially, as such several businesses are waiting to see if the rand will recover before they order stock again.

Most companies had reasonable success in collecting their debtors’ book in March, however in April we have seen a different story as given companies were not able to trade, their customer have not been able to pay – causing severe cash flow problems and as a result, a halt in our economy. This has forced companies to be creative in how they protect jobs with many suspending payments to their creditors to make payroll.

Others have rationalised their staff complements and forced leave on their employees. However, in some cases, it was not possible to save all jobs where we saw and continue to see companies retrenching employees.

How will trade look like now that the economy is slowly opening – specifically from an import perspective?

The opening of the economy has had a marginal impact on trade. From an import perspective, we have seen a substantial decrease in trade in oil and petroleum-based industries such as automotive and associated parts. However, the economy hasn’t opened up enough for businesses to create enough demand to be ordering and importing aggressively.

What’s more, many companies are trying to preserve their cash flow given the uncertainly of the market, timeframes around the easing of lockdown levels and how much disposable income consumers will have. As such, there has been a definitive slow-down in the number of imports due to uncertainty and that the anticipated demand is not yet well understood.

With the virus affecting the global markets, what is the relationship with South Africa’s major trading partners like now, for example, China and the US?

Countries are taking an introspective stance – focusing on saving jobs, implementing relief measures to preserve people’s livelihoods as well as ramping up on health and medical infrastructure. As a result, little focus has been placed on international trade relations outside of acquiring essential goods and medical supplies.

For South Africa specifically, I think it is difficult to look outwards when you have not solved the issues that are plaguing so many in a poverty-stricken nation. Focus has rightly been placed on Government grants, payment holidays, trying to find a stimulus to create jobs.

This is the main priority and while trade relations are an important piece of that puzzle, many countries are similarly battling their own internal challenges, and their economies have not fully reopened yet. Once we are in a space where we have passed the peak of this virus, more focus will turn to both inter-Africa and international trade.

It’s all about the right location

With flexible zoning, a wide range of site sizes and features to choose from and an affordable down payment to secure your spot, you’ll be part of a community of innovators in Ballito. Keen to know more? Drop your details below and arrange a site visit.